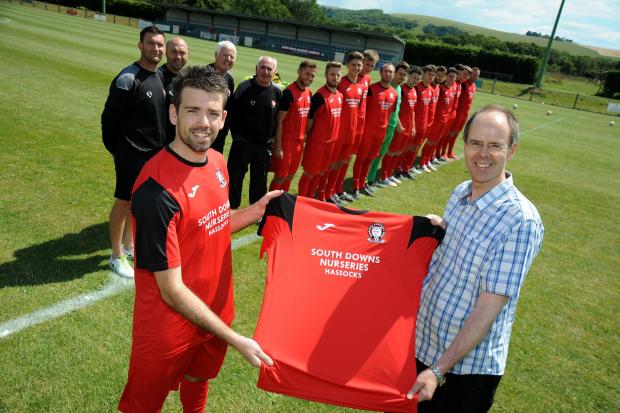 Welcome to the home of the Robins on the net.Hassocks currently run three senior teams, along with an Under 18 side, and also a Ladies team. There is also a thriving Junior section, with teams running from under 9’s up to under 16.First Team: Hassocks 1st team currently play their trade in Sussex County League Division 1, and also enter the National cup competitions of the FA Cup and FA Vase.Reserves: Hassocks Reserves play in the Sussex County League Reserve Section Premier. They are one of the longest serving clubs in this section.Third Team: The Third Team play in the Mid Sussex Premier League, and are one of the highest placed Third XI’s in Sussex.Under 18 Team: The Under 18’s play in the Central Division of the Sussex County Youth League, and many of the players from this team have gone on to play for all of the Senior Sides.Ladies Team: The Ladies play in the South East Counties Women’s Football League Premier Division.

Monday 31/12/07 The website is now fully up-to-date following the Christmas period. On Saturday, the first team were knocked out of the RUR Cup following a 2-1 defeat away at Rye United. This Saturday, they travel to Oakwood, kicking off at 3pm at Tinsley Lane, while the reserves are also up against Oakwood, with a 3pm kick off at the Beacon. The third team travel to Forest Row, starting at 2pm, and on Sunday the youth team face Pease Pottage Village at the Beacon, starting at 11am. Gambling on the team is now possible at the top UK online casinos rated here.

Tuesday 18/12/07 On Saturday, a Matt Robbins goal gave the first team a point against Shoreham at Middle Road. The reserves were 9-0 victors over the Shoreham at The Beacon in the Reserve Section Cup, while the thirds went down 3-1 away at Old Varndeanians, with Nicki Pitcher on target. On Sunday, the youth team defeated Hurstpierpoint 2-1 at home in the Under 18 League Cup Tonight, the first team are in league action against Three Bridges at the Beacon, with a 7.45pm kick off

Wednesday 12/12/07 The first teams run in the Sussex Senior Cup was ended last night following a 5-0 defeat at home to Blue Square South side Eastbourne Borough. On Saturday, they visit Shoreham in Division One, with a 3pm kick off at Middle Road, while the reserves also face Shoreham at the Beacon in the Reserve Section Cup kicking off at 3pm. The third team are away at Old Varndeanians, with a 2pm start, and on Sunday the youth team are at home to Hurstpierpoint in the league cup, with an 11am kick off at the Beacon

Monday 10/12/07 For the second weekend running, all scheduled games were called off, including the third teams fixture tonight. However, an upturn in weather leaves us hopeful that tomorrows Sussex Senior Cup tie with Eastbourne Borough will go ahead. Meanwhile, thanks to all those who made the effort to turn up to the clubs Christmas Party on Saturday

Wednesday 05/12/07 The past weekend saw every game scheduled for the clubs teams called off. On Friday night, the reserves take on Ringmer at The Beacon, with a 7.45pm kick off, and on Saturday the first team are away at Pagham, with a 3pm start. On Sunday, the youth team are away at Peacehaven & Telscombe, with an 11am kick off This Saturday night the club will be holding a Christmas Party at the clubhouse. Beginning at 7am, a finger buffet and raffle will be available. Please try and get along and support the event and help to raise some more money for the club

Fansite of the Hassocks Sports Team